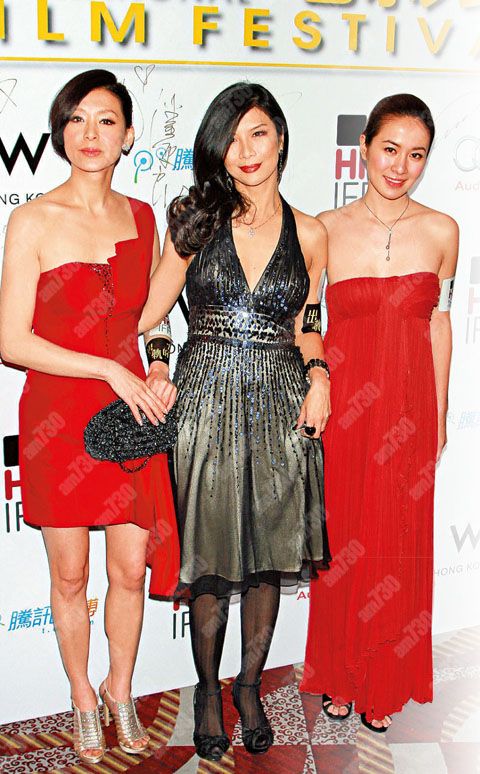 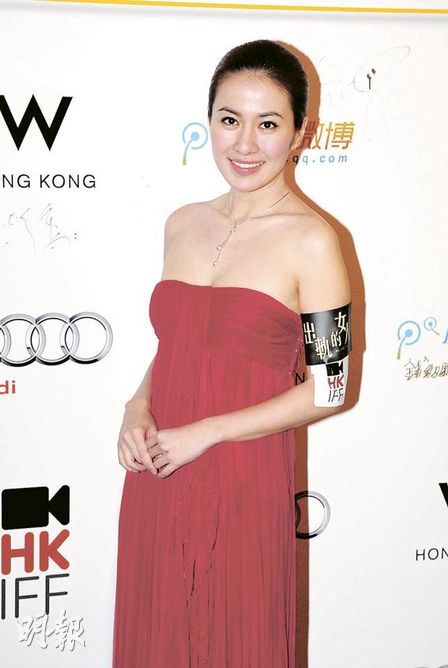 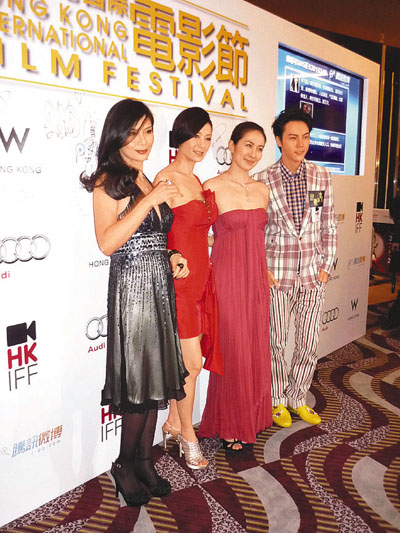 The film HI, FIDELITY (CHOOK GWAI DIN NUI YUN) two nights ago held a premiere at the Convention Center. The three lead actresses Carrie Ng Ka Lai, Pat Ha Man Jik and Michelle Ye (Yip Shuen) dressed up for the occasion. Other attending actors were Chapman To Man Jat and William Chan Wai Ting. Ng Ka Lai and Yip Shuen dressed provocatively. Ha Man Jik was late again as she did not appear even when the actors posed for a group photo. Even director Poon Yuen Leung was looking for her upon his arriving. The crew pointed out that actually she and Leung Lee Siu Ha went to "high tea" and was half a hour late.

Ng Ka Lai pointed out that in this performance three actresses each had their own flavor. She has not attended a premiere in a long time and she was too lazy to attend other people's premiere normally. She pointed out that this was a rare woman film. Earlier male oriented films have been the mainstream for many years. Hopefully now an adjustment could be made. If this film is successful, woman film can rise. She said, "It's not good to start off with all the killing, Hong Kong directors should make more movies. Many directors should have a close 'eye' on quality actors like us."

Yip Shuen said that in the film she arranged for Chan Wai Ting to pursue Ha Man Jik but actually had other ideas. Finally she forced Chan Wai Ting to pursue her instead. Has she run into some very crazy boyfriends? She said no, but a boyfriend's former girlfriend stated that she would keep an eye on her. She said, "She made it sound like OVERHEARD (SIT TING FUNG WON), it's pretty scary." Was it because her boyfriend and his former girlfriend did not make their relationship certain that she was misunderstood? Yip Shuen said that it was unrelated, as they were already in the past. How did her boyfriend handle it in the end? She said, "Crazy people naturally would expose their crazy side. They wouldn't act up for too long, after awhile she lost interest. The society is just." She pointed out that she did not disturb her directly but called to disturb her friend.