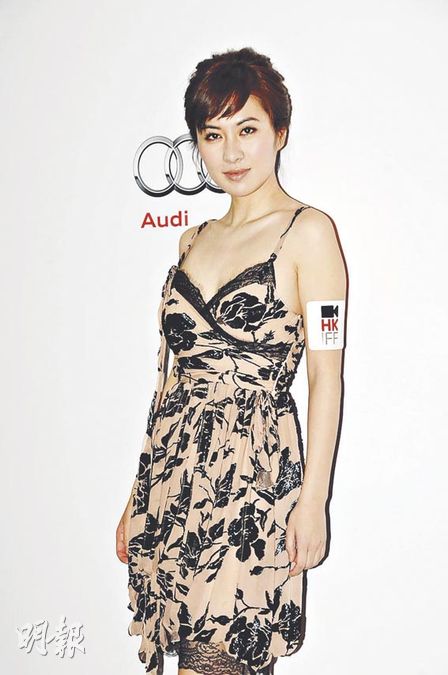 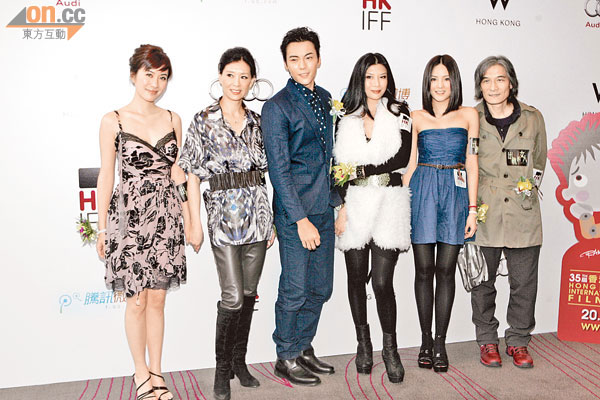 Yip Shuen dressed up for the occasions. Her chest had a red mark, which she explained as irritation from being too tired. She said that in the film she had many intimate scenes with Ha Man Jik. In one scene as soon as she finished her lines, she cried. She said that in the film she had to hold Ha Man Jik, kiss her and coax her. It was truly quite a huge challenge. Would she turn bisexual after the shoot? She joked, "I would think of her and have loving feeling." Who had a better figure between her and Ha Man Jik? She said of course Ha Man Jik. She also said that she was under a lot of pressure while making this film, in particular getting intimate with women. Ha Man Jik after learning that her figure was praised said returned the favor. She also praised that Yip Shuen's performance touched her. Yip Shuen started at TVB, would she return home to make a series? She said that now with film work she would not talk about that. Was she avoiding rumors with new TVB owner Chan Kwok Keung? She said that it was not true and she would not respond.