Michelle Ye exposes she's been betrayed by ex-boyfriend before 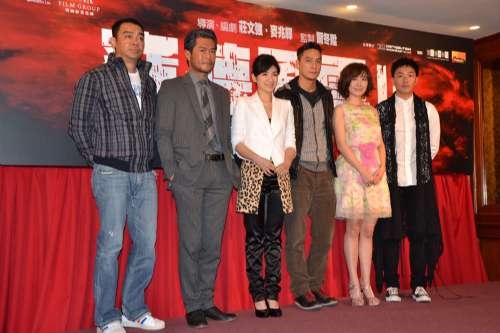 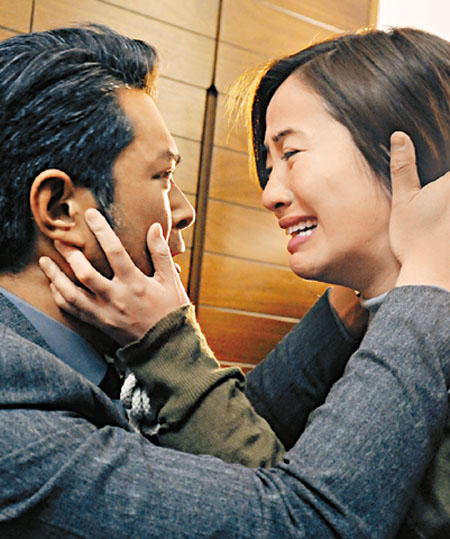 Michelle Ye exposes she's been betrayed by ex-boyfriend before

Louis Koo, Sean Lau, Daniel Wu, Betty Wang and Michelle Ye attended the press conference for new film Overheard II. In the film, Louis appears with grey hair and grows a bread, looking 'old'. The director and screenwriter Felix Chong joked that to fight against 3D Sex and Zen: Extreme Ecstasy, he added a bed scene for Sean and Betty. Sean said: "Not to worry, the director won't do excessive bed scenes, but will still be a very good watch." This time, Sean plays a stock speculator rich businessman. Daniel plays a retired soldier.

Although Louis is troubled by his foot injury, he still going to shoot the film. He said: "Because I can't run, I won't be able to shoot pursuit scenes, but I still insist on not using a substitute." He expressed that earlier when he was shooting a car chasing scene, he carelessly crashed the car: "At the time I was turning and crashed, fortunately nothing happened to me or the car. Later I have a bomb explosion scene on the busy streets with Daniel. But if my condition isn't well, I will take a break for physical therapy." After completing Overheard II, Louis will immediately head to Shangri-la to shoot another film High Altitude Romance II with Sammi Cheng at the end of the month."

Michelle Ye and Louis plays a married couple, but she gets betrayed by her husband Louis and goes to jail. Asked if in reality she had been betrayed by a boyfriend before? Michelle said: "I have been betrayed by my ex-boyfriend before, but many times because of work I was unsure, perhaps it was faithful to the relationship, but was betrayed in terms of work. So this script was written very well." Michelle smiled and said that in reality she will have to see how much she loves the person before she decides if she should return to him (reconcile with ex-boyfriend). She also expressed that earlier she was rehearsing with Louis, but because she got too into it she couldn't stop crying.

When speaking of her past rumors with 'Shell King' Chan Kwok Keung, now that he's the new boss at TVB, Michelle heard the name and did not want to talk about it. Asked if she still has a contract with TVB? She said: "No. (Has TVB invited her back to shoot series?) This is a business secret. I feel it doesn't matter what company I shoot series for as long as the script is good. I treat everyone equally." When reporters mentioned Chan Kwok Keung entering TVB again, Michelle said instantly: "I don't want to talk about unrelated things, it's not good to talk about people I don't know."