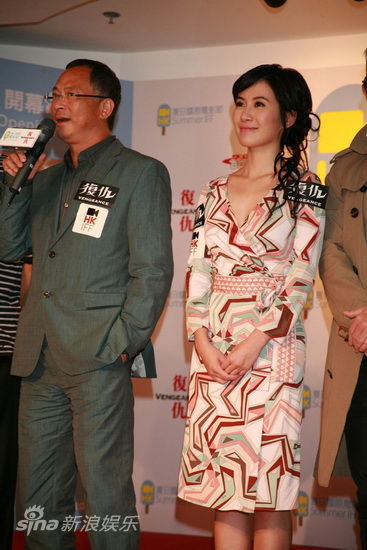 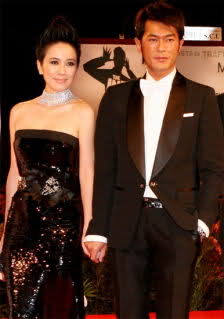 Film director Johnnie To and screenwriter Wai Ka-Fai of “Drug War” has been receiving a lot of attention from the audience ever since its first preparation. After confirming Louis Koo (古天樂) and Sun Hong Lei (孙红雷) to participate, Michelle Ye (葉璇) was picked by Director To to join in the movie. Louis and Michelle’s collaborations in “Accident” and “Overheard 2” not only stunned numerous movie fans, but they also won numerous awards and hit high box offices. This time they will collaborate again. People can’t help but to look forward to it

In 2009, Michelle was chosen by Director To because of her outstanding performances and fresh temperaments. Gradually, she took leads in Director To’s movies: Accident, Vengeance, Motorway, etc. After working with Director To, Michelle accomplished in transforming herself from “Empress of Ratings” into “Moviedom Parvenu”. She won the title of “Best Supporting Actress” in 2010 Hong Kong Film Awards because of the perfect performance in “Accident”, which turned herself into a dazzling female star in Milkyway Image. Now, the ‘master and apprentice’ works together for the fourth time in “Drug War”. What kind of role will Director To give to Michelle? This question has become the focus attention in movies.

When talked about the greatly respected ‘master’, Director To, Michelle expressed that, due to Director To, she was able to have the great achievements on movie screen today, and she cannot be separated from his teachings and trainings: “You can say that every time we collaborate, there will be impressive rewards in return.” While seeing the beloved discipline Michelle Ye, being able to expand her career further, Director To gratified deeply: “Michelle is a very flexible and strong actress. Her acting is natural and she is talented. You don’t have to be worried if you give her a role to act. I believe she will bring out good performances and new surprises in “Drug War”.”